An amazing 2019 Global Scrum Alliance Gathering (May 19-22), organized by SA staff that brought together a record-high number of professionals from around the globe and had countless amazing events – too many to describe them all in one newsletter. 🙂
Here, I would like to  recap what committed to my memory the most:

During his keynote presentation, Daniel H. Pink (the best-selling author, contributing editor and co-executive producer, known world-wide) shared the highlights of his new book: The Scientific Secrets of Perfect Timing.

Pink’s Synopsis: “We all know that timing is everything. Trouble is, we don’t know much about timing itself. Our business and professional lives present a never-ending stream of ‘when’ decisions. But we make them based on intuition and guesswork. Timing, we believe, is an art.  But timing is a really a science – one we can use to make smarter decisions, enhance our productivity, and boost the performance of our organizations.” 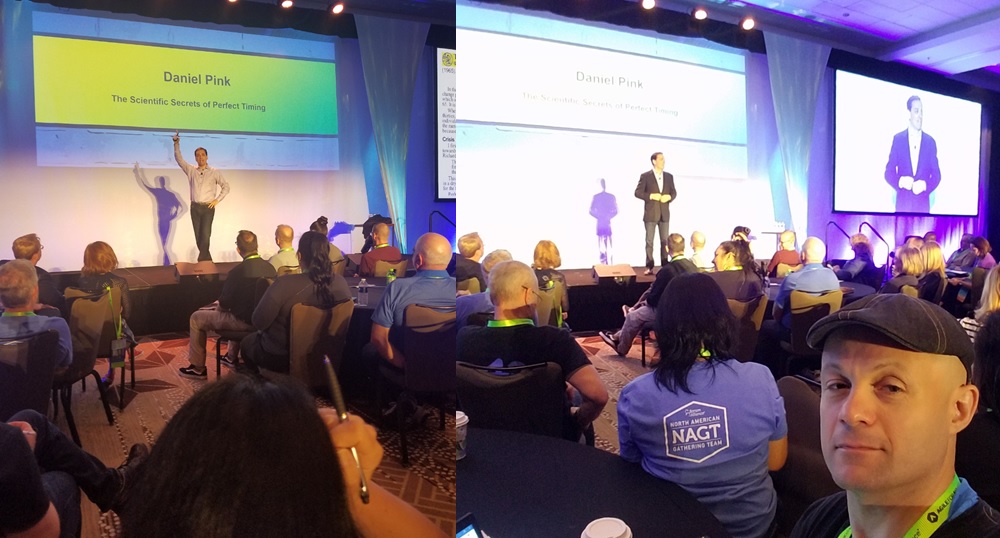 Some highlights from Pink’s talk:

Scientifically and statistically, both humans and apes, have the lowest well-being at mid-life.

Therefore, D.Pink’s recommendation on how to deal with such unpleasant mid-points, are as follows:

Then, D. Pink also stressed that there are hidden patterns of how time-of-day affects our analytic and creative capabilities – and how simple work rearrangements can improve our effectiveness. For example, when a person makes an appointment to a physician, it is best to ask for a morning time slot, instead of afternoon slot, since physicians tend to have more analytical capabilities before lunch.

D. Pink’s next point was that as individuals get older, at the end of each decade, they are more prone to take certain actions that psychologically make them feel younger. As an example, he used statistical data of marathon runners: people are most likely to run their first marathon at the ages that are just at the brink of next decade: e.g. 29 or 49 years old.

How about psychological reaction to the fact that something will be GONE and the time when it will happen is coming up shortly?

In one case study (left image), when a person was given one chocolate candy at a time, and was asked to give feedback about its taste, a response was usually consistent, for each subsequent candy. However, as soon as a person was told that it was the last candy to taste, feedback about how a candy tasted became significantly more positive.

In another case study (right image), when a group of people was asked to fill out a survey, in order to receive a certificate, before it expired, responses were different, when conditions were set as “will expire in 3 weeks” vs. “will expire in two months”.  Apparently, proximity of expiration date made people much more responsive to the request to fill out a survey.

D.Pink’s next point was about how half-time checks can shape our behavior and impact final results. According to D. Pink, scientists and researchers really like statistical data from sports because it is ‘clean’.  Here, using an example of basketball teams, when teams play a game, the following can be observed, depending on half-time results:

As such, there is a conclusion:

At least a few hundred people has come by the booth, asking for information about LeSS. 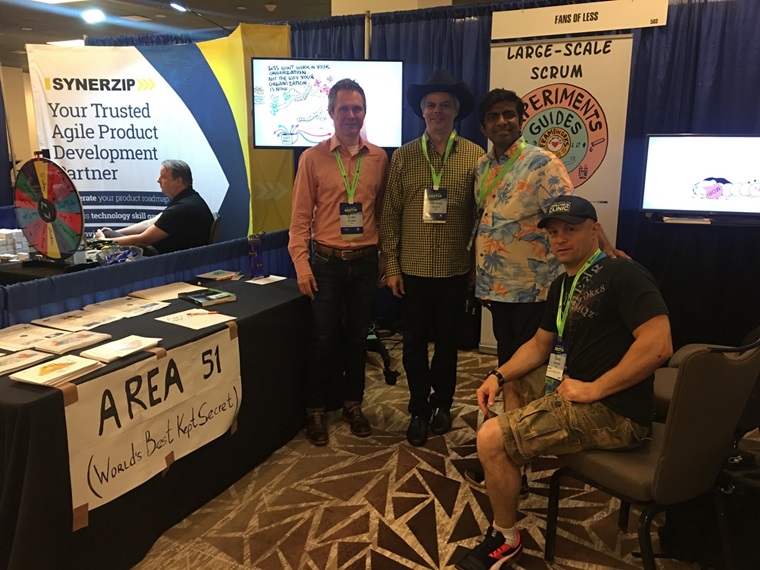 “How to Stop Deterioration of Agile Coaching Quality: Organizationally, Industrially?” (my own presentation)

The goal of my presentation (Gene is here) was to discuss with the audience:

Throughout the course of my presentation I:

…and a some additional highlights from the gathering….

The Coaches Clinic – for 3 days

This traditional ‘free service’ by Scrum Alliance Enterprise and Team coaches and trainers what at the highest ever: 300 people were served in total,  over  course  of  3 consecutive days.

This year brought together the biggest ever number of CECs-CTCs and CSTs.  One of the most important themes that was elaborated: how important it is for guide-level agile experts (CECs, CTCs, CSTs) to unite together in a joint effort to change the world of work. 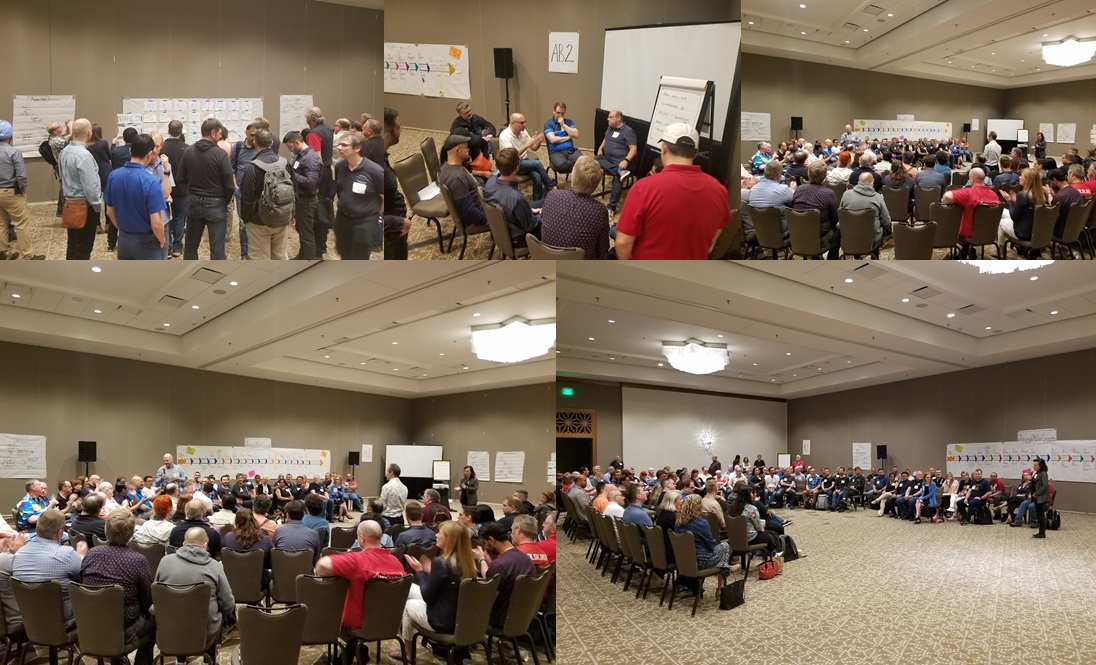 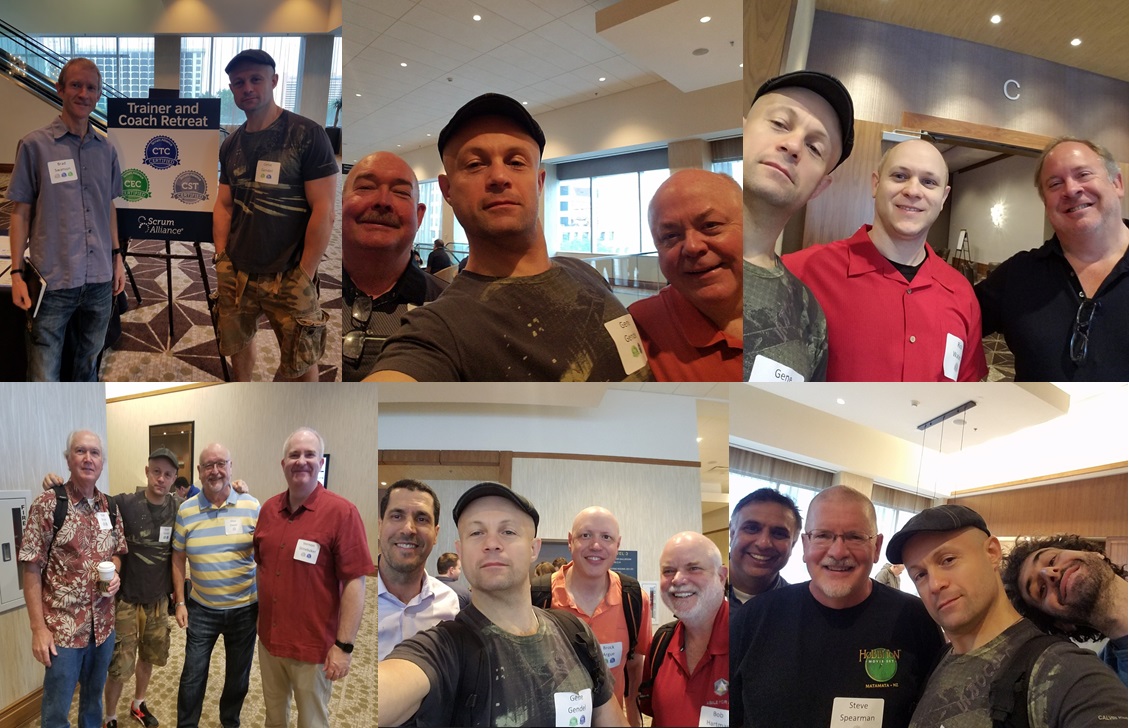 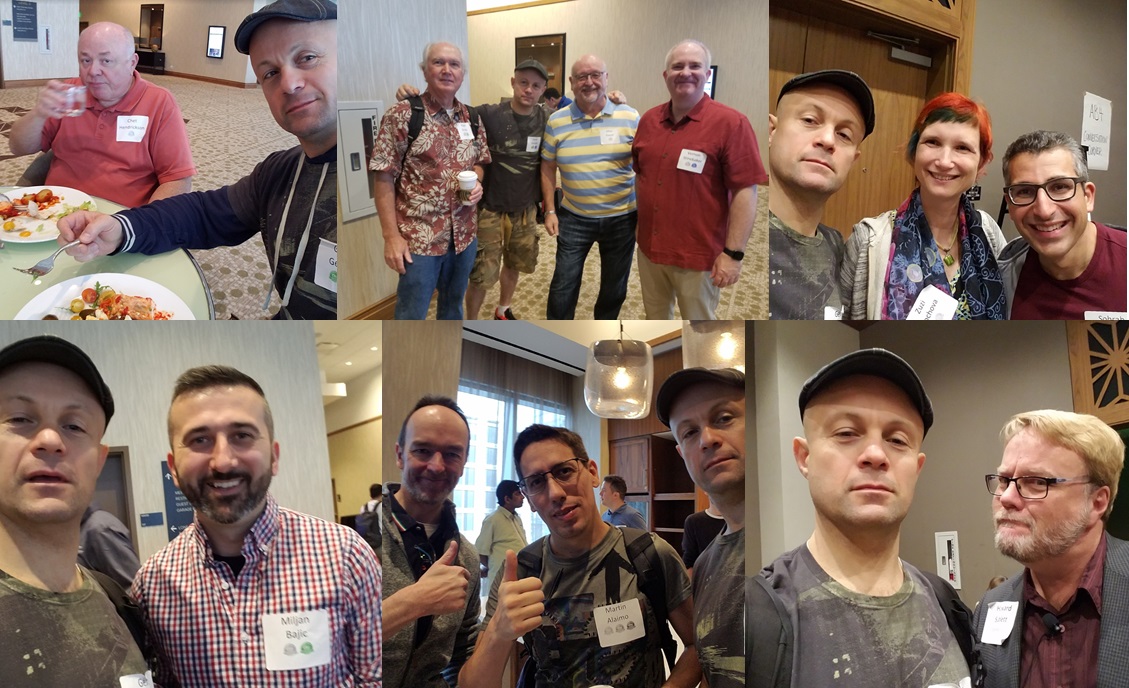 Note: Thanks to Daniel Gullo (CST-CEC), who generously created for each attending Certified Enterprise Coach – colleague a memorable gift: Coach’s Coin with The Coach’s Creed: 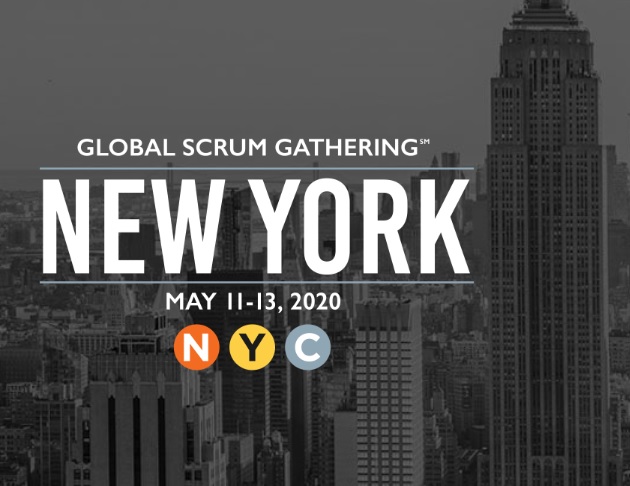 (registration is not open yet)