This was another very exciting and highly collaborative Large Scale Scrum (LeSS) meetup session – took place in NYC this week.

The meetup group simulated LeSS Overall Product Backlog Refinement session, by a few Feature Teams that collaborated with each other and Product Owner, while using Story Mapping technique.

The “Product” in scope was the virtual collaboration tool itself – Nureva Span.  All of its existing (currently, available in-production) functionalities were “reverse-engineered” into “done” use stories (this was done by me, Gene, before the session) that were placed on Story Map canvas.  The purpose of this preliminary exercise was to create a point of reference for the group – to create a point of reference for future product brainstorming.

The role of the product owner was played by one of the facility hosts (Ellen) – she knew the tool very well, from a stand point of existing features and strategic business plans of the company-producer.  Another host facility (Geoff) was asked to pick up the role of a well-informed SME that would be able to provide clarifications to teams’ questions, without dependency on the product owner.

The group of attendees was split into two “feature teams”; skillset and familiarity with the tool itself (some attendees were meetup regulars, whereas others were newbies) were mixed up.

The product owner described to the teams her most important strategic goals (they were based on real-life demands from the company’s sales force and market feedback obtained from existing customers).  She also gave a few examples of possible user stories that she would find most valuable (highest priority).  This primed both teams to engage into a very collaborative discussion: flushing out additional user stories, mapping them and aligning with larger, overarching features that already existed in the product and were displayed on the virtual canvas.

The product owner used the concept of iterative delivery to “schedule” hypothetical releases and provided guidance to the teams, in which order user stories would need to be developed to deliver highest value first.

Both teams also attempted to size user stories, by using Small, Medium and Large scale (there was no time to use Planning Poker).

During the meetup summary the product owner admitted that it would be worthwhile for her and SME to export all created user stories from the canvas and pass them on to the actual product development teams that were responsible for designing and supporting the collaboration tool, hoping that wishes of end-customers (meetup people) would eventually materialize as product features.

P.S.  Before the event, the meetup group was advised to review the following references: 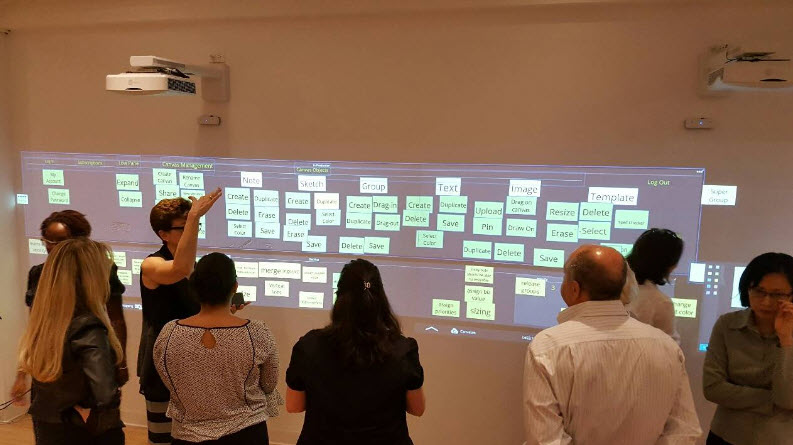 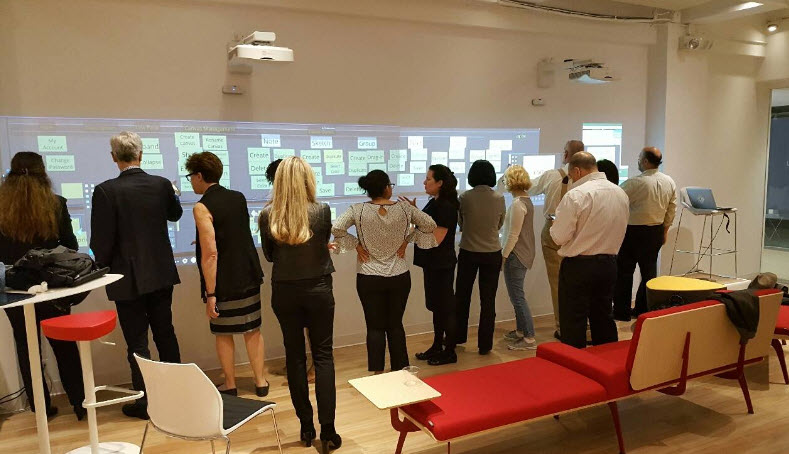 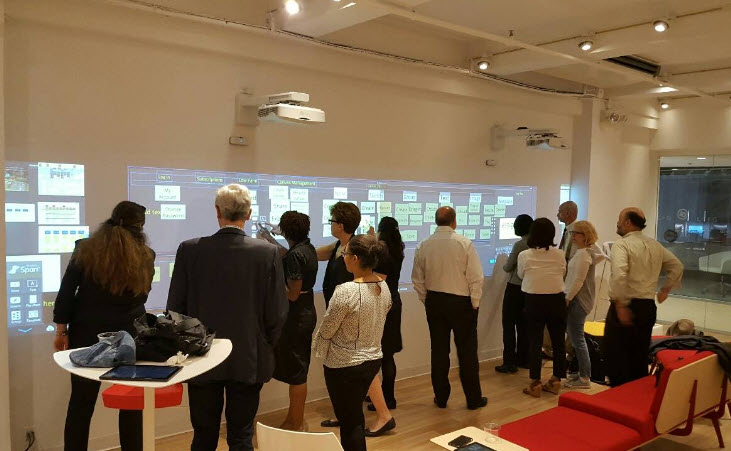 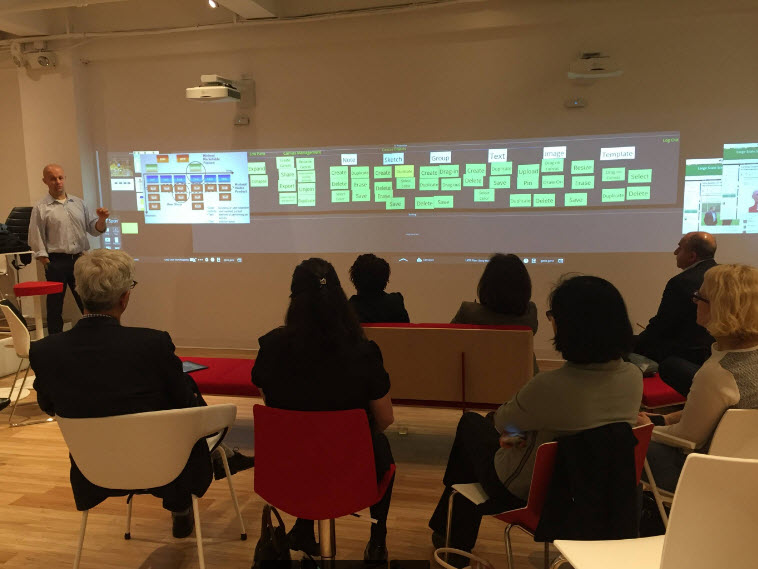 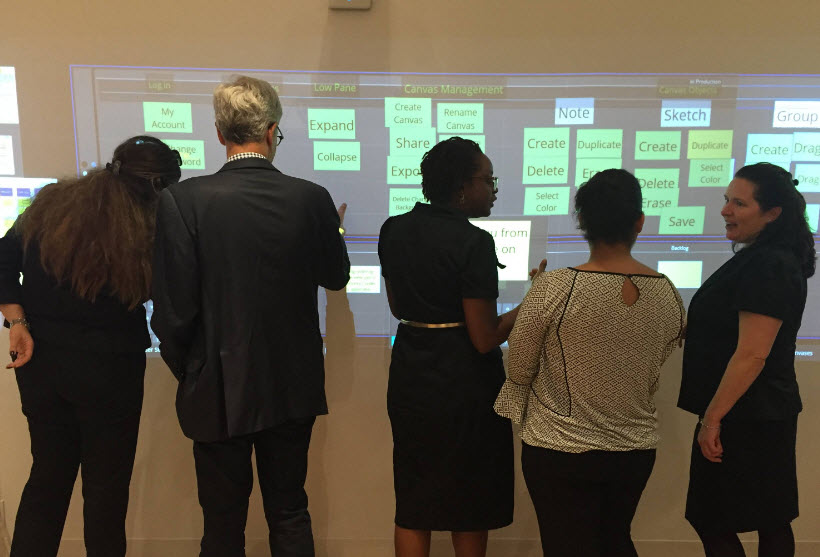 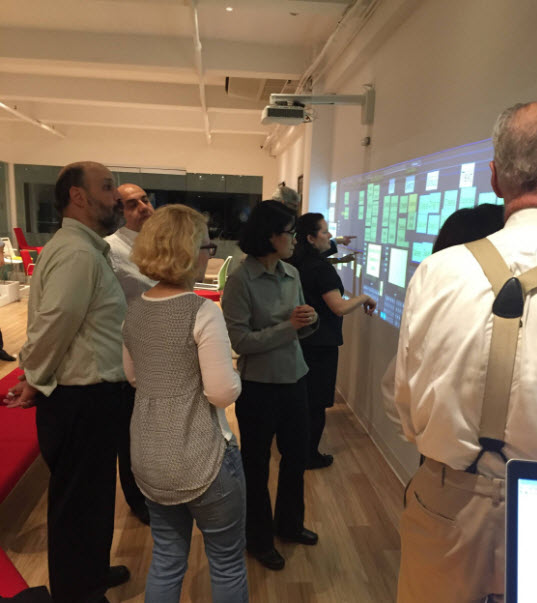 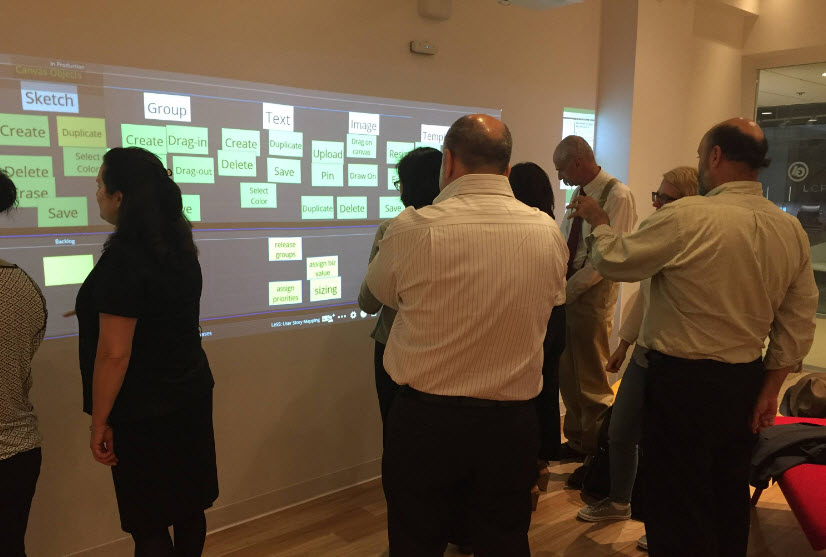 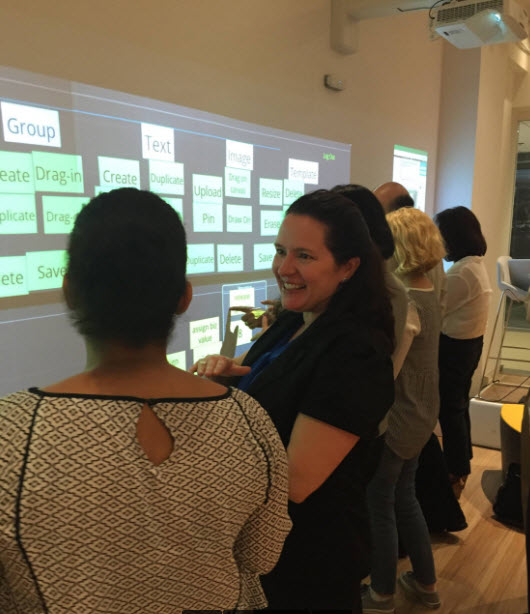