Note: This post has been created to aid you in reading another post about RAGs, the initial paragraph of which can be found here: https://www.projectmanagement.com/articles/315648/The-Fallacy-of-Red–Amber–Green-Reporting

Lt.  Mitchell, the pilot of Boeing B-17E, kept pulling hard on the stick, taking his Flying Fortress with its 8-men crew, into a climb, at the angle that was much steeper than what was recommended, even for a bomber with “empty belly”.  The aircraft lost a lot of fuel while doing a round circle to the target, while fighting winds and severe turbulence.  Although the weather conditions on the way back home were much milder, the fuel tanks, peered with bullet holes, were leaking and it was bitterly ironic for Lt. Mitchell that after successfully completing the mission, without losing a single crewmen, he would have to crash-land his plane into the Pacific Ocean, such short distance from a home base.  The pilot’s decision was to use the remaining fuel to climb as high as possible and then take his chances of losing fuel at high altitude, by gliding towards the mainland.

Once receiving the answer from his navigator Lt. Johnson, the pilot immediately knew that he had only about 440 liters of fuel left (of the overall internal fuel capacity of B-17E).  The pilot made this determination based on two basic facts: he knew what each ‘notch’ meant on his fuel dial, in terms of liters, and he knew that ‘red’ represented a specific zone on fuel dial, when an aircraft was in high danger of crashing, based on real life statistics and engineering calculations.  In fact, for an experienced pilot like Mitchell, the exact “liters remaining” or “about two notches from red” were equally informative statements – they both helped him visualize how many more miles his plane could stay in air with the engines running. The pilot knew well his plane’s instruments panel and could quickly visualize the arrow of a fuel gadget, respectively to “0”, with or without color coding.  But even a very experienced pilot would need to know an average liter per kilometer rate of fuel consumption, in order to derive how long he can keep his plane in the air.

During WWII, when sophisticated simulation equipment was not available, it would be up to a skilled crew (pilot, navigator) to manually calculate their chances of safe landing: calculations were done based on raw numbers available on a navigation panel and on flying conditions.  Back then, it was always up to a human to determine “when does amber become red?” and how weather conditions factor in.  Truth to be told: depending on wind direction (headwind vs. tailwind, turbulence, plane weight), the actual point of crossing from amber going into red, could shift against or in favor of the odds of a crew to flight to safety.

The arrows above should read as follows:

Note:  Numerical values above are selected arbitrarily, for explanatory purposes only, and do not reflect technical specifications of B-17E

While, modern simulation tools can do this automatically, by factoring in multiple influencing factors, back in the 40’s it was up to skilled crewmen to manually calculate their odds. And it had to be done super-fast. 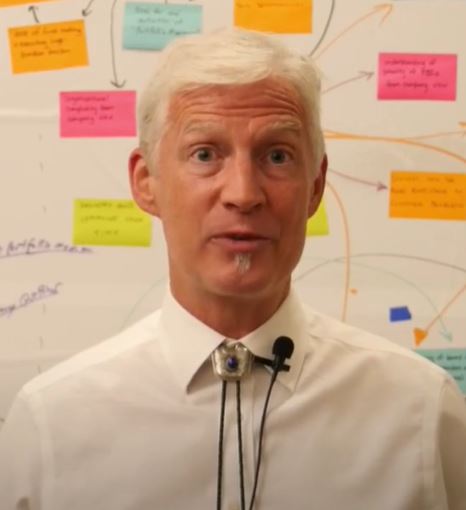